Texas House Democrats believe the best way to increase public safety is to be smart about crime. We believe that evidence-driven decisions, complete with support and accountability for public safety officials, are the best path forward to keeping our communities safe.

Criminal justice reform includes a wide range of policies. We should expunge records of low-level criminals, and not place a barrier for those that have served their time on getting work, housing, and other critical needs. We should raise the age of when we charge children for serious crimes, and we must pursue accountability measures that give us access to the best data on policing.

Here’s a sample of some of the legislation championed by Texas House Democrats in 2017:

The legislation enacts 11 task force recommendations intended to combat human trafficking by strengthening criminal penalties for those who engage in trafficking or prostitution. The goal of the law is to ensure a more secure state for Texans, and better empower officials looking to fight this heinous crime.

The bill creates a grant program that will help pay for the backlog of evidence regarding sexual assaults and other sexual offenses. Read more about the legislation from the Dallas Morning News.

Alerts for Missing Persons with Alzheimer’s

This bill would broaden existing amber and silver alert proposals to ensure that there is proper public safety assistance for a missing person suffering from Alzheimer’s.

The bill enhances Texas’ statewide tracking system of police shootings. Current law requires law enforcement agencies to submit a report whenever an officer is involved in a shooting, whether that shooting ends in a death or an injury. However, not all agencies had complied with the law. HB 245 creates a daily $1,000 penalty for any agencies that don’t follow current law.

Eases the process by which attorneys can expunge individual’s records, making it easier for Texans to rehabilitate within the community for job, housing, and other critical needs.

Peace officers and law enforcement officials can undergo tremendous amounts of trauma from their work-related experiences. The trauma can lead to untreated mental health issues. HB 2619 creates a grant program in the governor’s office to help law enforcement officials detect and begin to treat mental health challenges that are a result of their hard work and efforts.

Avoid Cycle of Debt for Low-Income Texans in Criminal Cases

The bill allows judges to reduce the number of Texans trapped in the current criminal justice system’s cycle of debt by ensuring that low-income Texans are still held accountable without jail time when they are unable to pay their fines and court costs in criminal cases.

The bill broadens the individuals required to submit a DNA sample to include those convicted of solicitation, with the hope that such a sample may help vindicate innocent suspects while, at the same time, ensure those who actually commit crimes are able to be caught and sentenced.

Support and Anonymity for Victims of Family Violence

When a person is battered and beaten, he or she is most likely to go to a shelter seeking a safe space to discuss the abuse. However, records held at these facilities can often be obtained by the perpetrator of the crime through court orders, making it less likely that a victim of family violence would fully share his or her story. The bill allows family violence survivors to shield this type of confidential information from being made public, in order to create a better environment for victims to share their story and, thus, receive the full help and assistance that is required.

Requires the Texas DPS to develop a tracking system for the location of DNA evidence at every stage of the process — from initial collection and receipt and storage through testing and analysis. Any survivors of crimes shall be allowed to anonymously track or receive updates through the process. This tremendous new system will bring greater security of information, providing certainty that evidence in these heinous crimes is properly accounted for throughout the investigatory process.

Currently, inmates who are about to complete their time and begin serving parole are not always aware of required classes or courses the Board of Pardons and Paroles may require the inmate to complete before they can be released. HB 2888 streamlines this process by requiring stronger coordination between the Texas Department of Criminal Justice and the parole boards.

During the 85th Legislative Session, Texas Democrats once again led the fight to invest in…

There is nothing more crucial to our democracy than protecting the right to vote. Ensuring…

On Memorial Day, the country will honor those who served and continue to serve in… 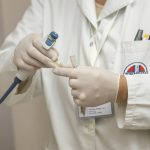 Our plan provides affordable, accessible health care for all Americans, builds on the existing health…

Discrimination is not a Texas value, which is why Texas House Democrats have always remained…

Together we can build a stronger economy, healthier families, and a more secure future. 100%…